Happy Friday, beautiful people! I hope all of you had a wonderful week. The weekend is a perfect time to do a little retail therapy, and where better to do some of that kind of therapy than in Second Life? You can get such a haul and the best part is that you don’t have to carry your own bags. I hope all of you have a great weekend and happy shopping! 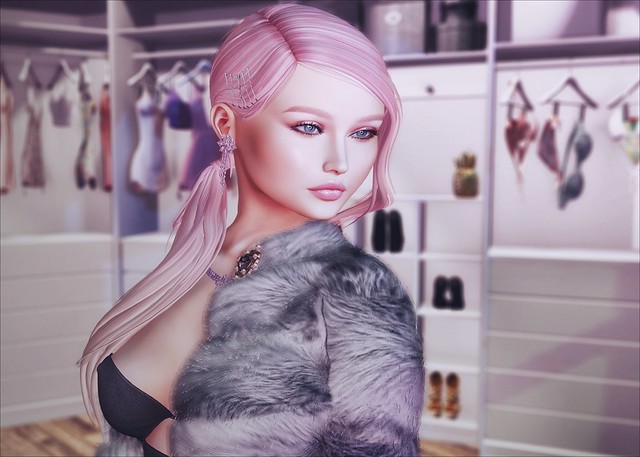 Hey bunnies, happy Monday! I hope everyone had a marvelous weekend! Events have started, events are ending soon. You really don’t need to read all my random thoughts today. Just go shop! ♥ 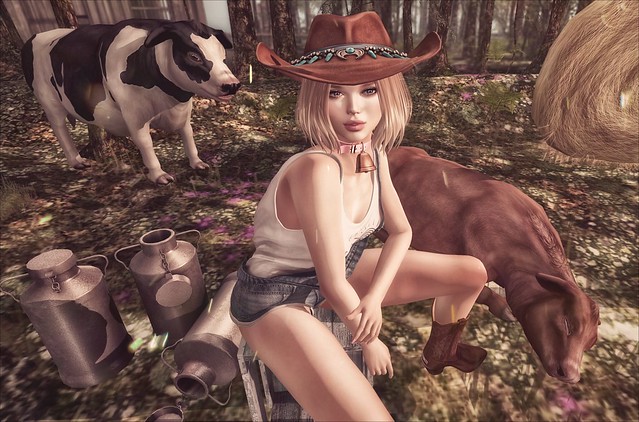 Hey bunnies! So if you haven’t noticed, I’m taking a little Second Life break. Not a huge one, I’m not gone complete or anything. Just pulling back slightly for a mental health break. BUT… The Epiphany is still going on and if you haven’t been yet, you have until tomorrow! GO GO GO GO GO!!!! 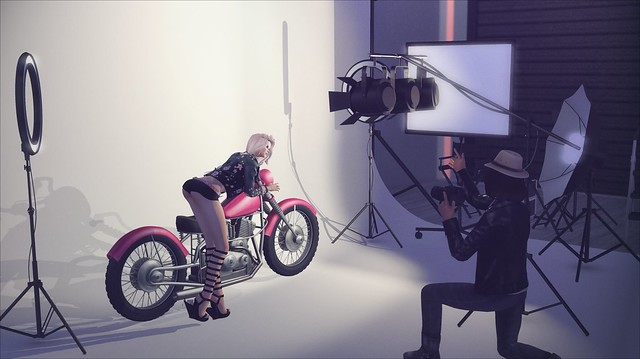 Head: Spencer by LeLutka
Body: Lara by Maitreya
Skin: Michelle by Glam Affair
Hair: Lela by Truth
Jacket: Joanne by OSMIA [The Epiphany]
Shorts, Belt: Darin by Kaithleen’s [The Epiphany]
Shoes: Undercover Wedges – Roxy by Reign [The Epiphany]
Pose made by me with AnyPose
Motorcycle by Consignment

Hey bunnies! I think about traveling a lot. I’m not in a place in my life right now where traveling too far away or for more than a day or two is really an option, but I certainly do think about it. When I was younger, I used to think about just leaving. Get in the car, drive until I found some little town, work in a diner, buy a tiny house. Considering my insane shopping habit and my weekly whine about having to wash my clothes at the laundromat because our apartment didn’t have a washer… well, I’m pretty sure had I run away, I would have come back the first time I couldn’t find a decent nail salon. (This was the early 2000s. My nails were always done.)

Being more in touch with my boho side now, I think I would be better suited for that tiny town life. But then again, maybe not. I don’t think there would be a very good internet connection out there. 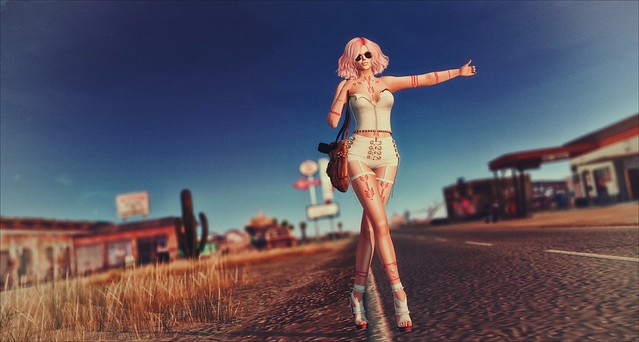 Hey bunnies! So have you been to Rewind yet? If you miss the early 2000s (or you missed out because you were basically a toddler), you truly need to go! As I started putting together my set for today, I started laughing because oh my gosh. If you ever ever wanted to know how I spent 1998-2000, here you go. This was me, every dang night after work and classes. Sitting at the computer, furiously clicking 17 times to type out “Omg no way” to my bestie, and waiting for The Sims to load. At least, those were my nights up until I met my boyfriend. Then… well. That’s a picture for another day. 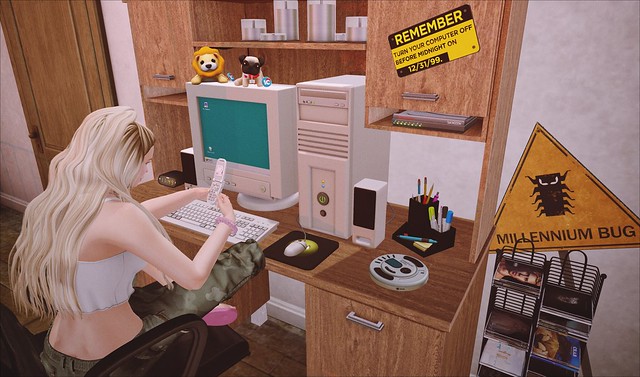 Hello bunnies! I always say that I’m not really much of a gamer. But when I was younger, I was ALL about the games! The moment I got a Nintendo as a kid, I was hooked! If anyone tried to touch my controller… Nope! Not happening! I really want to find an old school Nintendo one day, but until then, I guess PC games are just going to have to do. 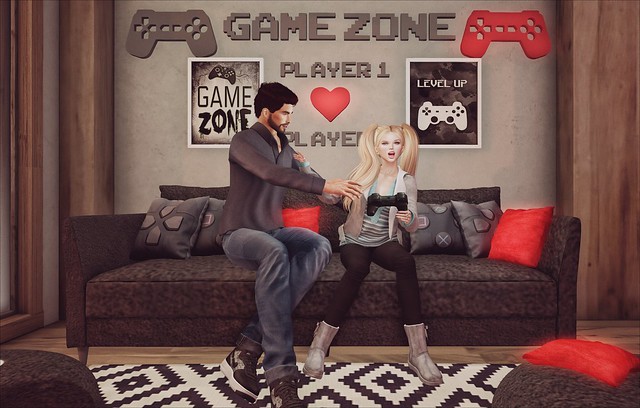 Poses made by me with AnyPose 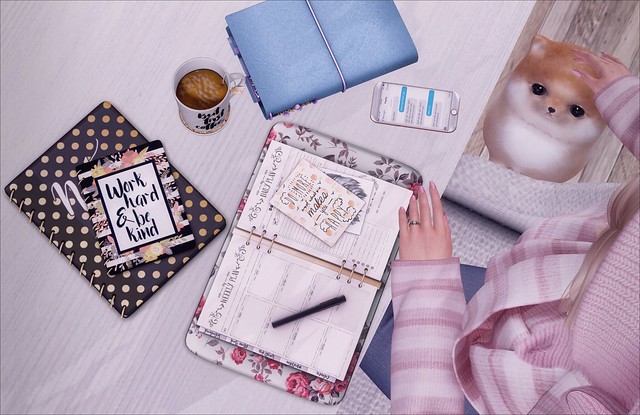 Hey bunnies! Oh my god, I have had the WORST cold this past weekend. 😦 It started on Friday as “just a bit of a sore throat” and by Saturday night, I was coughing so crazy, I was seeing stars! The worst of it seems to be over, but of course, it’s never over all at once like I would hope it to be. Oh well. Bit by bit, things eventually get better. ♥ 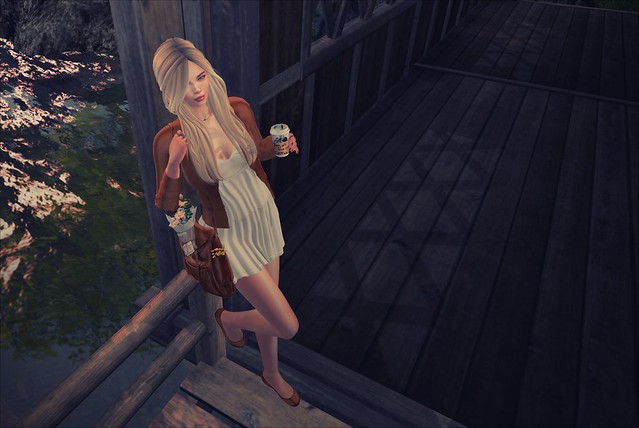 Head: Spencer by LeLutka
Body: Lara by Maitreya
Skin: Agatha by PumeC
Hair: Aviya by Elikatira [FaMESHed]
Oxley Cardigan, Dress, Shoes, Traveler Bag – Fall Vibes by Reign [The Arcade]
Doodle Cup Latte – Games #1 by Reign [The Arcade]
(I forgot what pose I used but it’s modded with the animations in the bag and the latte anyway.)
The Kissing Bridge by What Next

Hey bunnies! As much as I love the sweaters and jeans of fall, I have a deep love for the cute, casual look of summer. A little sundress and some cutie sneakers? Let’s go! 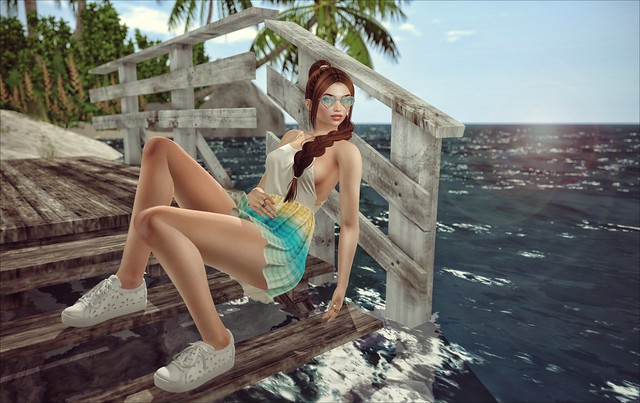 N21 opened up today and oh my gosh, how adorable are the June sneakers from Reign?? They also come in a platform sole and a tippy toe version. TOO cute! Also at N21, #Foxy has this wonderful Mai braided ponytail! The cool thing about this is that there is a stylist HUD, so you can have the braid on either shoulder, or down your back. And there are 3 bang styles and a no bangs style, too. I’m loving the new stylist HUD trend some of these stores are doing!

Neve released some fantastic little summer dresses at the mainstore today! I’m wearing the Iza dress and I love it! It comes in all kinds of colors and patterns, too!

Hi bunnies! Why is it that I never have enough in Second Life? My inventory is absolutely jam packed [the number is well over 120,000 at this point] and you’d think at some point, I’d say, “Yes. That is all I need.” But nope. Clothes, shoes, hair. I never have enough! 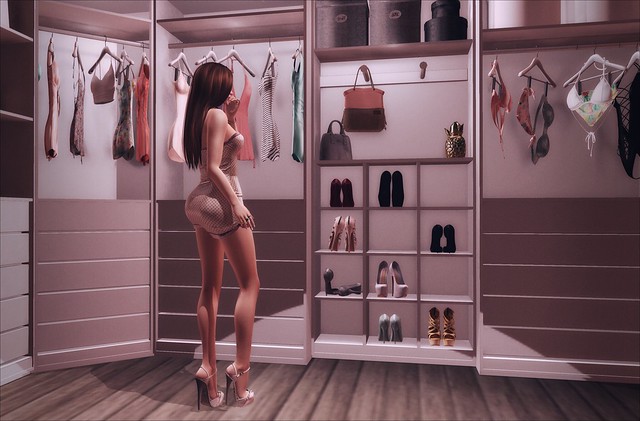 If you haven’t been out at The Liaison Collaborative yet, you need to go! From the event, I’m wearing the Daisy dress from Enfant Terrible, and the Nina heels from Eudora3D. I love both of these items so much! They’re just beautiful!

Also, if you haven’t noticed, Truth recently re-did his textures and UGH. They are just too gorgeous! He’s also started including stylist HUDs with his new hairs, so you have some options on how to wear them. I’m wearing the Lake hair today and I could have put one or both sides over my shoulders, I’m choosing to wear it completely behind me for this photo. I do so love options!