Hey bunnies! Yep, it’s another unboxing video! BishBox just came out and it’s AWESOME!! The theme this month is Glitz and Glamour, and they sure did deliver! If you want this box, you can still pick it up from the BishBox HQ for $3000L. As usual, head over to the YouTube page for the video for jumpcuts to the individual stores.

So have you been to The Epiphany yet? If not – you gotta go!! There is only a week left! 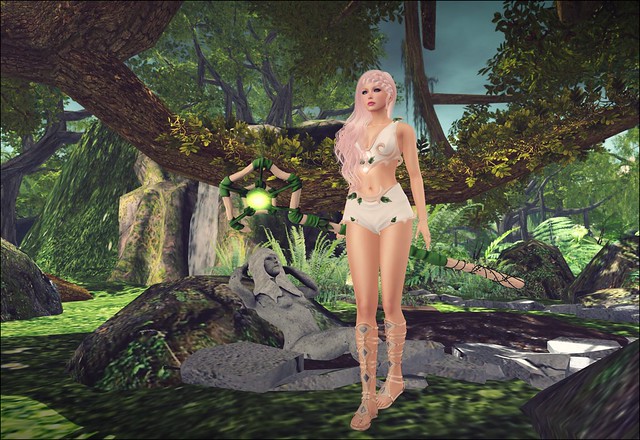 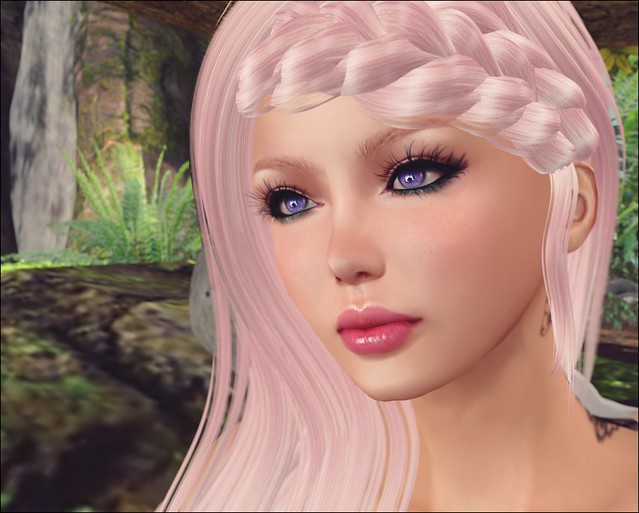 Today I’m frolicking in nature wearing some of my awesome new finds from The Epiphany. My outfit is from the Forest Druid set by Fawny! The Staff is a rare item, but I didn’t have any trouble getting it. My fabulous Mahi Gladiator sandals by Reign for The Epiphany are also rares, but again, I didn’t have any problems getting them from the machine. In fact, I think I got them on my first pull. I think that might have been my favorite part of playing at The Epiphany. I got a lot of rares without too many problems! Or I was just lucky. Either way, I’ll take it! 🙂

My super pretty Liv hair by Due is also at The Epiphany, as are my equally super pretty Cora eyes by Buzzeri. And the Female Garden Statue and the rare Garden rocks and dirt are bot by Black Bantam [sorry, I couldn’t find a mainstore SLurl!] and also found at The Epiphany. Soooo many goodies!!

Remember, you only have a week left, so go go go!

* Photo taken in the Rainforest de la Oleander! Click on the link to find out how you can book your own rainforest vacation! *