Hi, bunnies! I don’t know about where you guys live, but it went from wet wet spring to hot hot summer here really quickly! But it’s totally put me in the summer mood, and thanks to The Arcade and The Multicultural Menu, I can live out my beach fantasy! 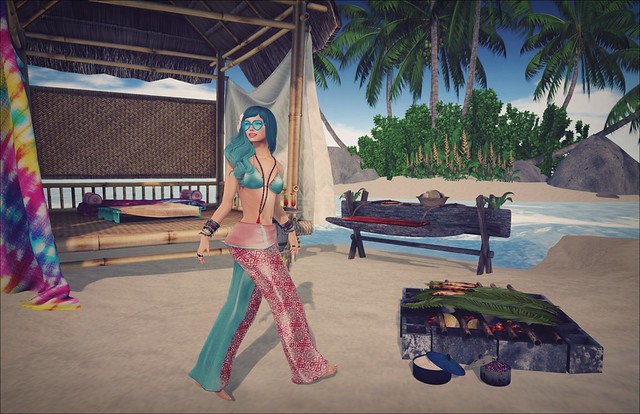 It seems almost strange that The Arcade only just opened up on Monday since I’m pretty much done with my list. I am in love with Zaara‘s set for The Arcade! The Goa Party set is just awesome! The Morjim bikini and the Arpora Fisherman’s pants are everything to me right now. I just adore them! And I love the Palolem beach shack, too! So so beachy cute!

There is gacha at The Multicultural Menu, and that’s where you can get the Tahitian Feast by Kei-Spot. The set comes with 10 awesome items so you can get your beach eats on, and some of the pieces have items to wear and to rez out.

See you on the beach!

Hello, bunnies! It’s a long running joke in my family that I never feed my children. *laughs* But I don’t think we’ll have that problem anymore because The Multicultural Menu has started and we have loads of new and exotic food! Well, exotic to me because some of this, I’ve never heard of before! 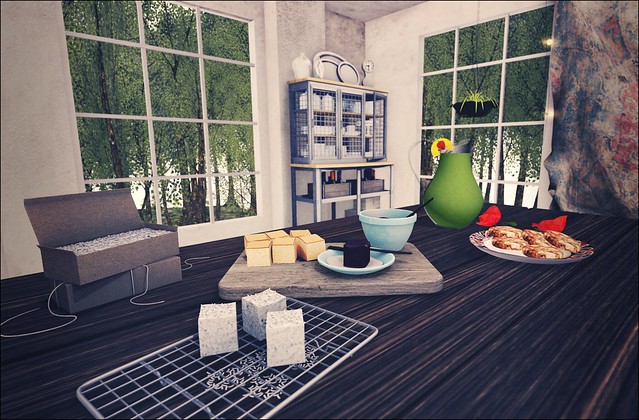 Second Spaces is in the South Pacific area of the event, and she’s brought us Lamingtons! These are commonly found in Australia. I had nooo idea what lamingtons were before now. If you don’t know, they are little squares of sponge cake, coated in chocolate sauce, and covered in dried coconut. YUM!

Kaerri is also in the South Pacific with a great set of food from New Zealand! I’m using the Kiwi Smoothy Pitcher and the Anzac Cookies in this photo. I’d never heard of anzac cookies before [or biscuits, as they call them] but I totally want to try one now. They are, if my google-fu is strong, an oatmeal coconut cookie, and I can’t NOT get on board with that.

The Multicultural Menu runs until June 21st, so go and fill up your grocery basket and get some yummies!