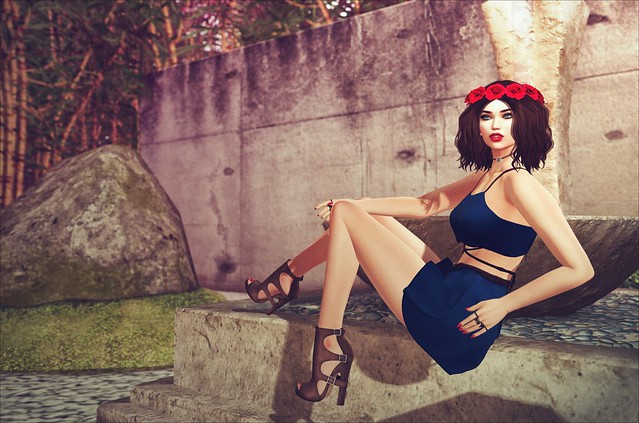 Hello bunnies! Do you ever just get an idea for a photo that you can’t get out of your mind? So you try and try to recreate it but Second Life being what it is, you can’t quite get it right? But what you come up with makes you happy anyway? That’s my photo for today. 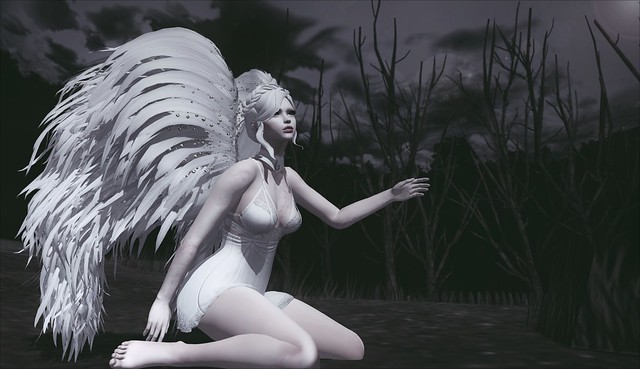 If you haven’t been out to The Epiphany yet, you really need to go! Blueberry‘s Angelberry set is incredible! I am wearing the rare wings in Pure from the set and they are magnificent. My dress is also from The Epiphany. It is called Agape and is by Violent Seduction. I think it’s so so pretty!

Everyone’s favorite creepy event, Memento Mori, is also going on right now! The Christine hair by Doe is one that you can pick up at the event, and ugh, it’s so beautiful. I feel like this photo just doesn’t do it justice. My background today is also from Memento Mori. It is the Dreary Sky Bubble from Drot, and it is PERFECT for a dark party, or if you want to build a cemetery or something!

Happy Saturday, bunnies! There are so many events going on right now, it’s almost hard to keep track! N21 just opened up in a brand new location, so be sure to update your bookmarks. Draftsman started a new round with the theme of “Victorian,” so you know there are some gorgeous pieces out there! Memento Mori and The Epiphany are both still going strong, too! I don’t know about you all, but I’m ready to head on out and shop! ♥ 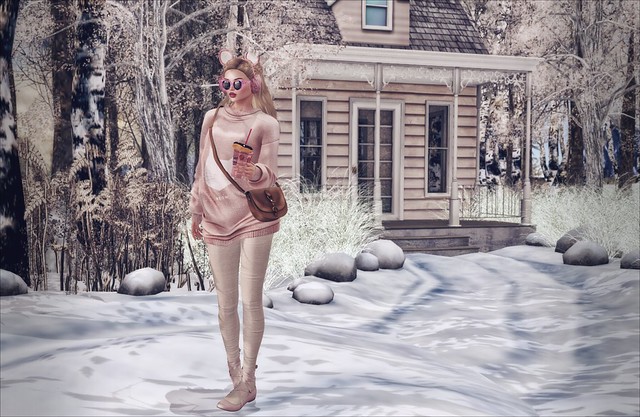 Hello bunnies! So earlier this week, Memento Mori closed early. It was really kind of a bummer, because the event wasn’t a long one anyway, and closing half a week early wasn’t awesome for anyone. But unfortunately, it was a necessary move on behalf of the organizers. People were going to Memento Mori and then camming in to The Epiphany sim to play the machines that were being set up. Guys. Seriously. Don’t do that.

But now that The Epiphany is officially open, they’ve decided to re-open Memento Mori! Now PLEASE keep in mind that the sim Memento Mori is on is also a cam shopping sim for The Epiphany, so it might be laggy or full for a bit, but you WILL eventually get in. I did this photo a few hours before it closed and was sad that I wouldn’t get to post it in my blog, but now I can! 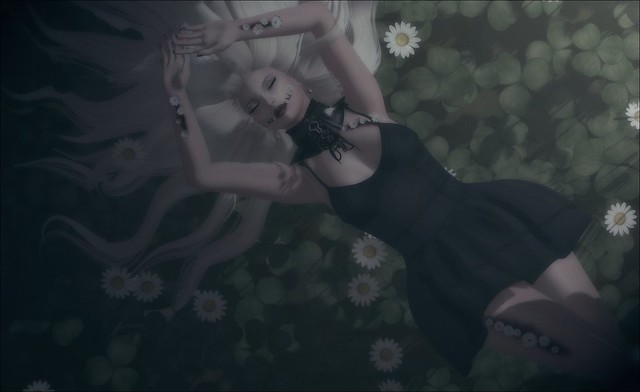 I really love the Growing Within cuts and flowers by Ama! The tattoo cuts are Omega compatible, so I was able to use them on my Maitreya body, Slink hands, and LOGO head. And the little daisies are not rigged, so you can move them right where you need them.

Memento Mori is now open again, and I believe it’ll run until at least the end of the month. Go shop and get some great items!!

Hello, spooky bunnies! It’s October, it’s time for all the spooky fun! Memento Mori just opened up and oh gosh. There are some downright scary things! Scary in the best way, I mean! 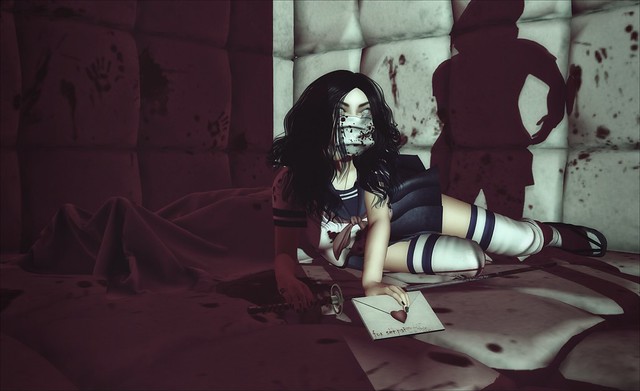 Caboodle is at Memento Mori with the Yandere gacha set. If you don’t know, “yandere” is a Japanese term for a character who is normally sweet and loving, but then can just go totally off the rails and be crazypants deranged! And this set fits the bill just perfectly! I am wearing the Rare schoolgirl outfit that has the option to be clean or bloody. And yes, the draped body behind me is part of the set. Scary! It’s a great set, so check it out!

Memento Mori is only until the 14th, so go go go!!

Hello bunnies! Can you believe that it is the LAST day of September?? This month seemed to just fly by, don’t you think? I know it sure did for me! 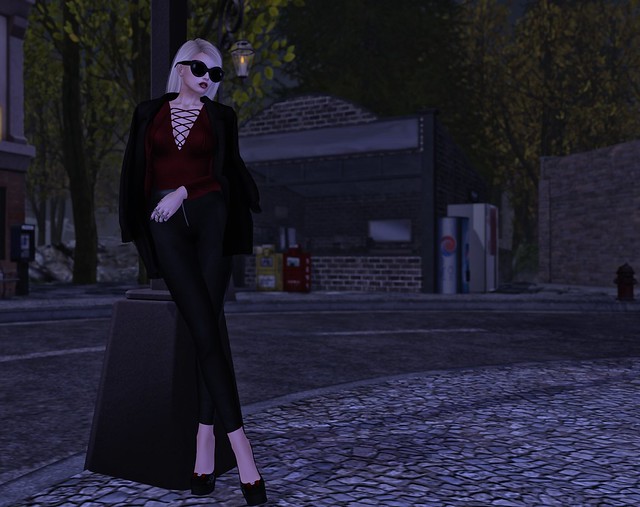 So Uber, right? How fantastic is this round? Today I’m wearing the Lace Up Front Bodysuit, Zipped Leggings, and Over Shoulder Blazer by Villena that is out at Uber. I’m just in love with this whole outfit! The bodysuit has a HUD so that you can adjust the bottom of it to fit almost any pants/skirts, or you can wear it as just a full bodysuit. Love it!

Memento Mori starts tomorrow [October 1st, will update with the SLurl] and if you watched my New To Me Thursday video yesterday, then you already saw these Requiem Pumps by Violetility! Skullies and bows? Yes, please!

I hope your month was a great one. Let’s get ready for a wonderful October!