Hello bunnies! It’s time for another New To Me Thursday! This week, I found the store Mello while out at the Pulse Fundraiser. Pretty hair and I’d never heard of the store before, so it works for me! Check out the video and then check out the store in world! Happy shopping! 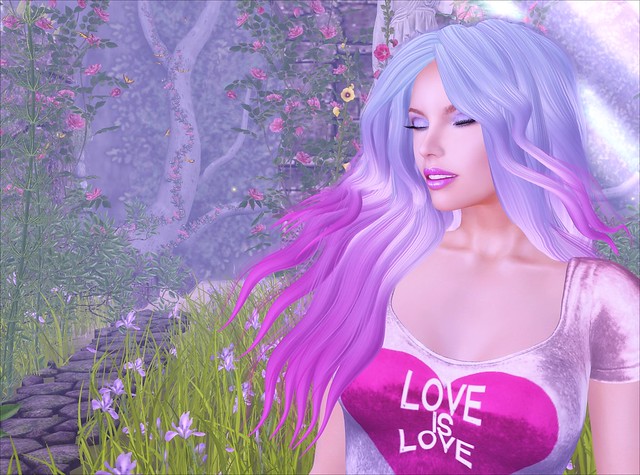 How the funds will be spent by Equality Florida: “Every penny raised will be distributed directly to the victims and their families. We are working with a team of attorneys and experts, including the National Center for Victims of Crime, which deployed funds in both Chattanooga and Aurora, to ensure funds are distributed correctly.”

I made a video just talking a bit about it and showing a few things that you could get there at the fundraiser. It’s for a good cause, so get to shopping! 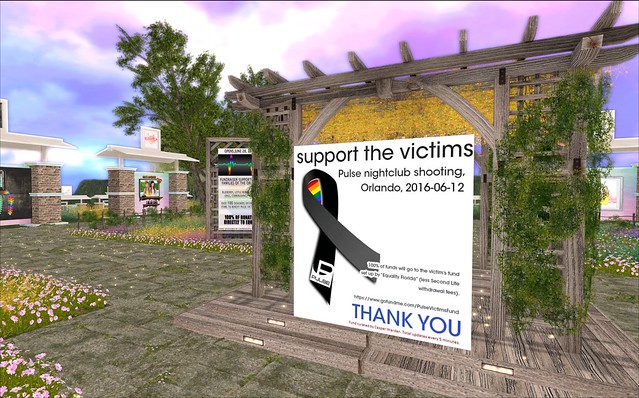 Hello bunnies! I hope you all had a wonderful weekend. Mine was very relaxing, which is exactly what I needed! 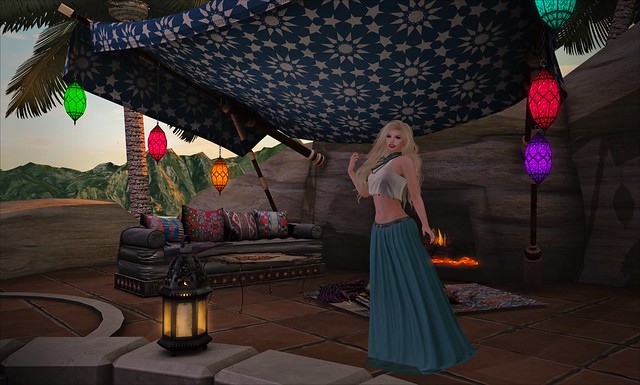 Uber started this weekend with their “Sahara” theme. Oh I am loving it! The Zohra Oasis set by Trompe Loeil is so wonderful! I am not showing the whole thing here, but there is a pool you can sit by and swim in, and a waterfall for showering and of course you can hang out with your sweetheart in it. Perfect!! I decorated it just a bit with the sofa, table, and rug with pillows from the Desert Rose set by Cheeky Pea, also at Uber.

And of course, it’s not all decor at Uber! I decided that the Coins halter top by Villena went great with the Amy skirt by Addams. The Tuareg necklace by Yummy and the Sahara hair by DeLa pull my whole outfit together.

Hello, summer bunnies! If it’s hot where you are [like it is here!], I hope you guys are finding ways to beat the heat! I know I would just love to hang out in some nice cool water and drink a cold drink. 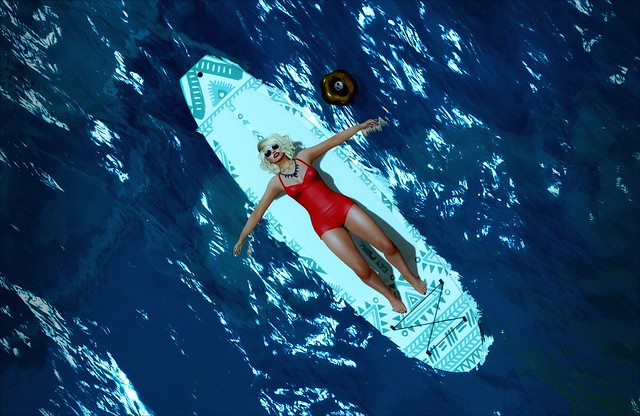 Have you been out to Summerfest yet? If not, you SO need to go! Today I’m wearing the Bette swimsuit by Stories&Co. I love it because of the boy cut bottoms that not only provide good coverage for your lower half, but also because it gives the suit a vintage look. It’s hard to find swimsuits in SL that don’t have basically all your business on display, so I’m thrilled to have this one!

Balaclava is also at Summerfest with the SUP boards. These are so fun! There are options to lay down, sit down, paddle away, and even do some yoga! But all I wanted to do was lay on my board with my Drink Raft from RC Cluster at my side and just be lazy lazy.

Have a wonderful day!

Hello bunnies! It’s time for another New To Me Thursday, where every Thursday I find a store in Second Life that I’m not familiar with and hopefully find a new fave! This week I am checking out the store Goose!

Have a great day! 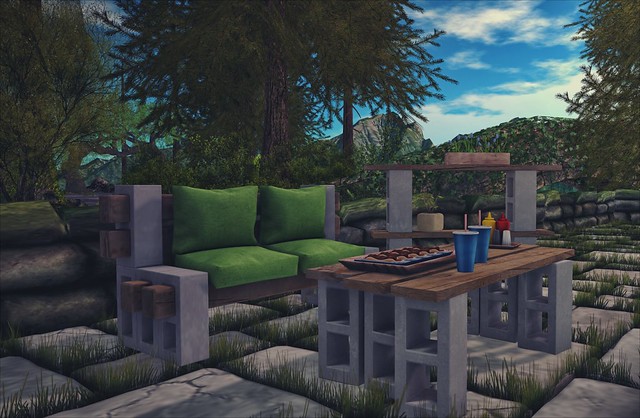 Hi bunnies! So you know how you laugh at things on the internet and you think it won’t happen to you? Well…

Why is my child crying?

Because her sister isn’t selling coffee in her lemonade stand. 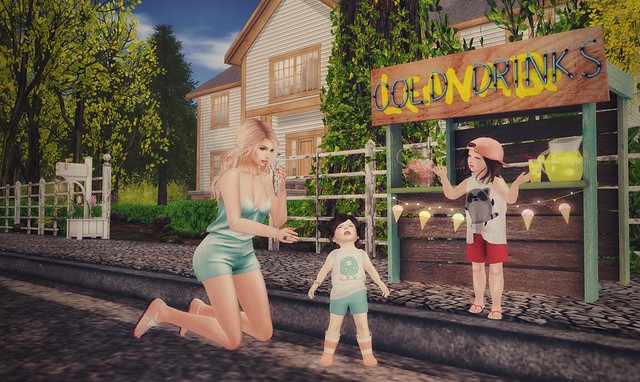 Summerfest 2016 opens on Saturday! This is one of my top favorite events of the year and there is a LOT of cuteness going on! Abby loves her Lemonade Stand from Boogers, but this year we hung the Cold Drinks sign from Seven Emporium up on it. You know, that way she can charge a little more for drinks because it looks fancier! And the Ice Cream Garland Lights from Half-Deer, also at Summerfest, give that perfect touch of summer.

Summerfest opens on Saturday, June 18th, and runs until July 10th. See you there!

Pose: Mommmm! by Ch’Know Poses [Will be on marketplace at some point.]

Hello bunnies! I hope the week has been good for you all! Today is another edition of New To Me Thursday where every week I find a store in SL that I’m not familiar with and hopefully it becomes one of my faves! This week’s store is #Foxy! I found it pretty much by accident while I was looking for another store. You all probably know it, but it’s new to me! Video is below, and credits for this picture are on this post, too. Have a wonderful day! 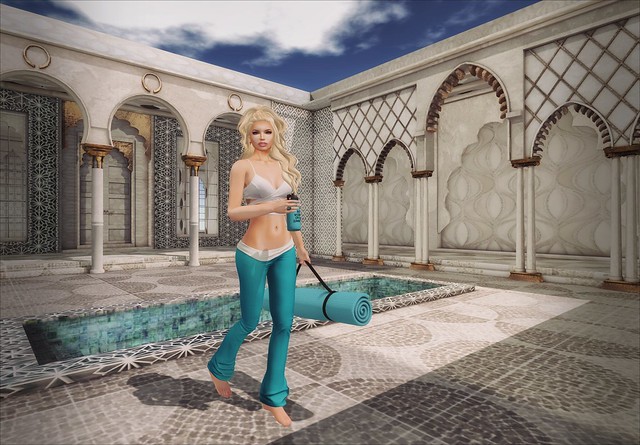 Mesh Head: Chloe by LOGO
Body and Feet: Lara by Maitreya
Hands by Slink
Hair: Jolene by Clawtooth [The Arcade]
Top: Georgina by Blueberry
Pants: Sylvia by Blueberry
Yoga Set by #Foxy
Pose by me using AnyPose and the animations in the things I’m holding
Alaouite Skybox by Scarlet Creative [Luxe Box, June]

Hey bunnies! Luxe Box came out last night and I did a late night unboxing video! It is longer than my other videos, so if you don’t want to sit for 30 minutes watching it and listening to me ramble, head to the actual page for the video and in the comments, I’ve listed skips so you can skip ahead to individual items. If you got Luxe Box this month, let me know how you liked it! ♥

Hey bunnies! Sometimes you just have to go and enjoy a sunrise [or a sunset!] on the beach! 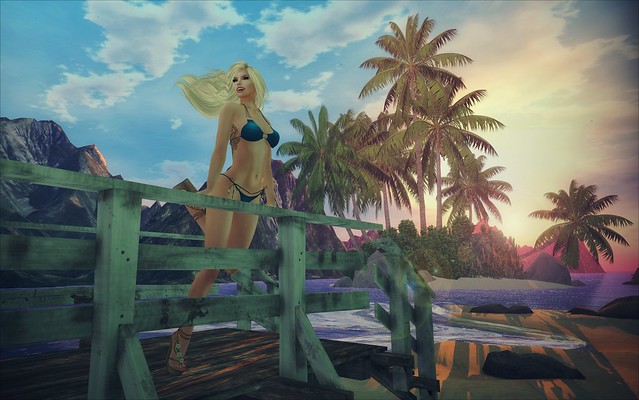 Rebel Hope is at FaMESHed this month with the cutest bikinis and wedge sandals! I’m wearing the Ibiza bikini and it’s all kinds of strappy awesome. And the Antiqua wedges? Oh my gosh. They are fabulous! Plus, you don’t have to wear the wedge part of the shoe, you can just wear the tops!

Have a wonderful day!

Hi bunnies! Saturday nights are usually date nights for us, but sometimes RL obligations make it harder to start earlier in the evening. But that’s okay. I’m patient. 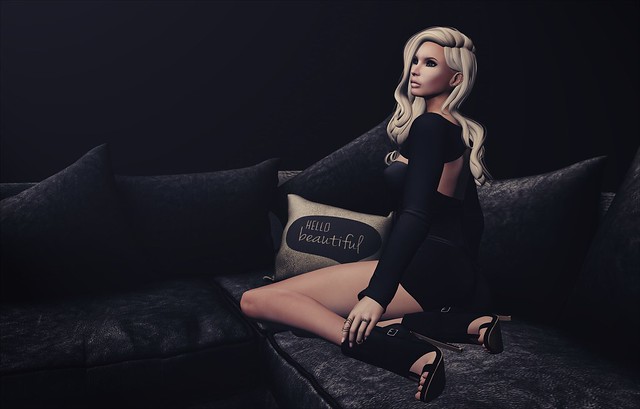 Vintage Fair is open and Truth has this luscious Veronica Lake inspired hair named Velma there. I know I say this often with his hair, but truly, I’m in love with this. So so beautiful!

I hope your weekend has been great!